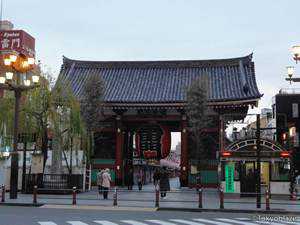 Asakusa is an area in Tokyo which is famous for its traditional and lively “Edo” atmosphere. One of the area’s most famous attractions is the Asakusa Kannon Temple (Sensoji) which Asakusa itself is centered upon.

Other attractions include the Asakusa Shrine, Edo Shitamachi Traditional Crafts Museum, and Kappabashi Kitchenware Town or Kappabashi Dougugai, a district known for its wholesale of all kinds of kitchenware. This includes plastic models of food which are popular among tourists and locals alike.