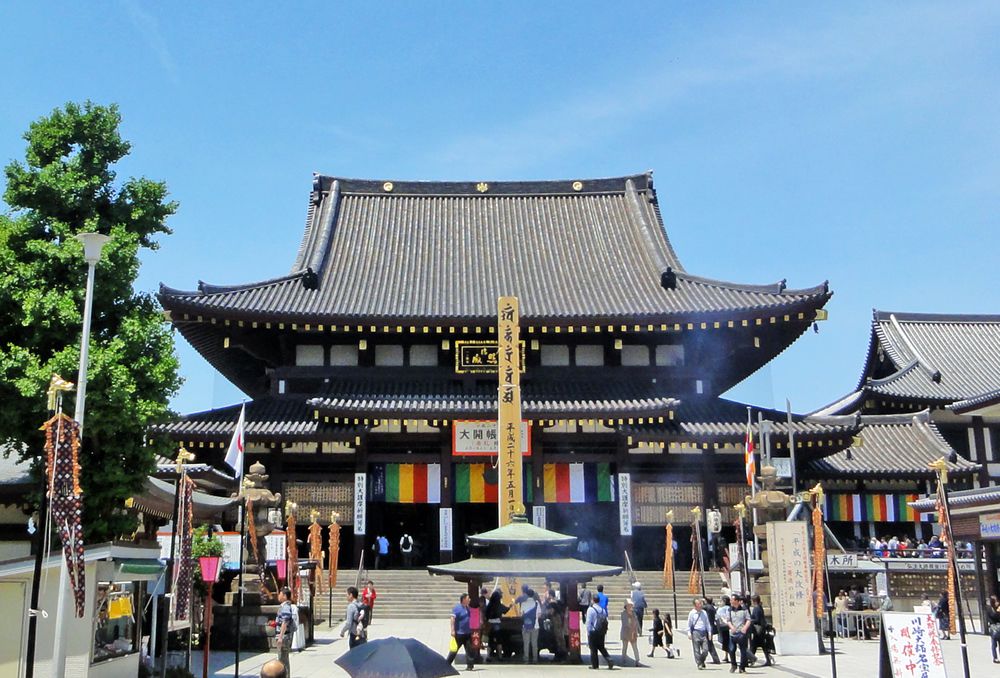 The Daihondo(Main Hall) of Kawasaki Daishi, rebuilt in 1964. 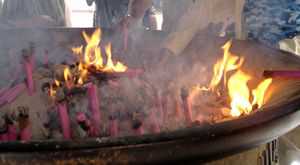 A censer at Kawasaki Daishi.

According to legend, the temple was constructed in 1128 after a fisherman by the name of Hirama Kanenori pulled up a wooden statue of Kobo-Daishi off the shore of Kawasaki. Kobo-Daishi is the posthumous name given to Kukai(774~835), a Buddhist monk who founded the Shingon sect of Buddhism.

Most of the buildings in Kawasaki Daishi, including the Hondo(Main Hall) were destroyed in an air raid conducted on the morning of April 20, 1945. After World War II, most of the temple was reconstructed back to its original state.

The Keikyu Daishi Line was originally constructed in 1899 to carry worshippers to the temple. The line later became the foundation for the Keihin Electric Railway Company.

There are many souvenir shops, restaurants, and food stands around Kawasaki Daishi. The Nakamise Dori and Omotesando streets, in particlular, have many shops aimed at visitors to Kawasaki Daishi. 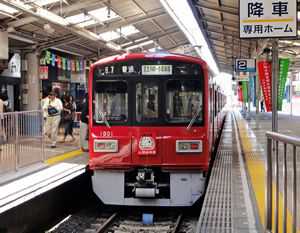 There is also a bus that operates out of bus stop 7 at JR Kawasaki Station’s East exit. Make sure to get off at the “Daishi” bus stop.