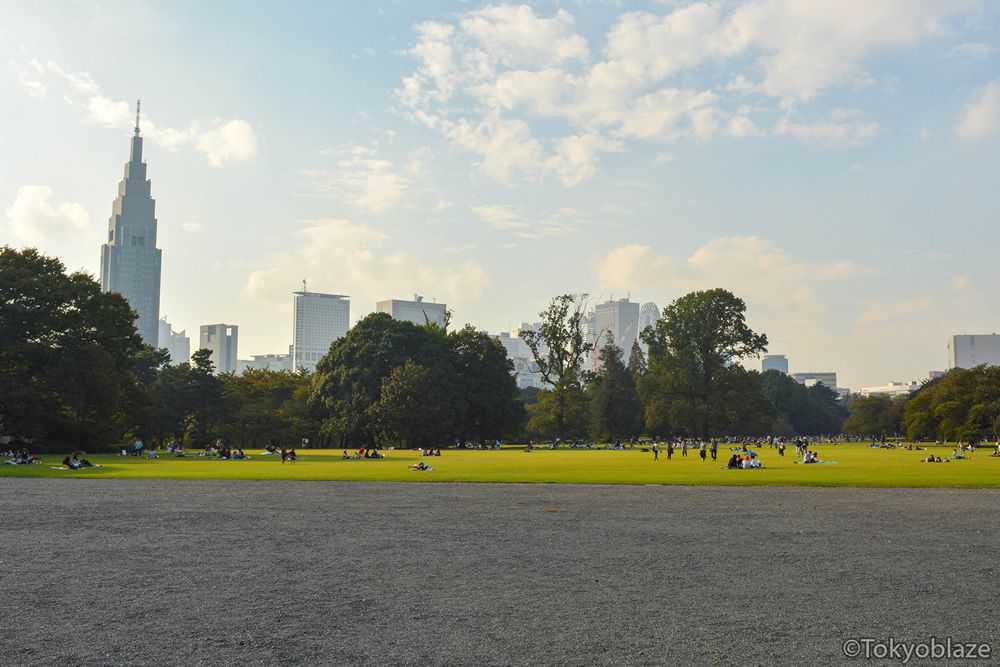 Shinjuku Gyoen is a large public park in Tokyo featuring many landscapes including an English landscape garden, French formal garden, and a traditional Japanese garden. Inside is also a large greenhouse, reconstructed in 2012, that houses approximately 2700 species of plants from around the world.

The park is a popular spot for hanami(cherry blossom watching) with many people flocking to the park every spring. In the autumn, various roses, chrysanthemums, and colorful autumn leaves can be observed inside the park.

The park is also the perfect spot to get away from the hustle and bustle of urban life in Tokyo.

The main entrance to Shinjuku Gyoen is close to the Shinjuku-Gyoenmae Station or Shinjuku-Sanchome Station but can also be accessed via a 10-minute walk from Shinjuku Station. 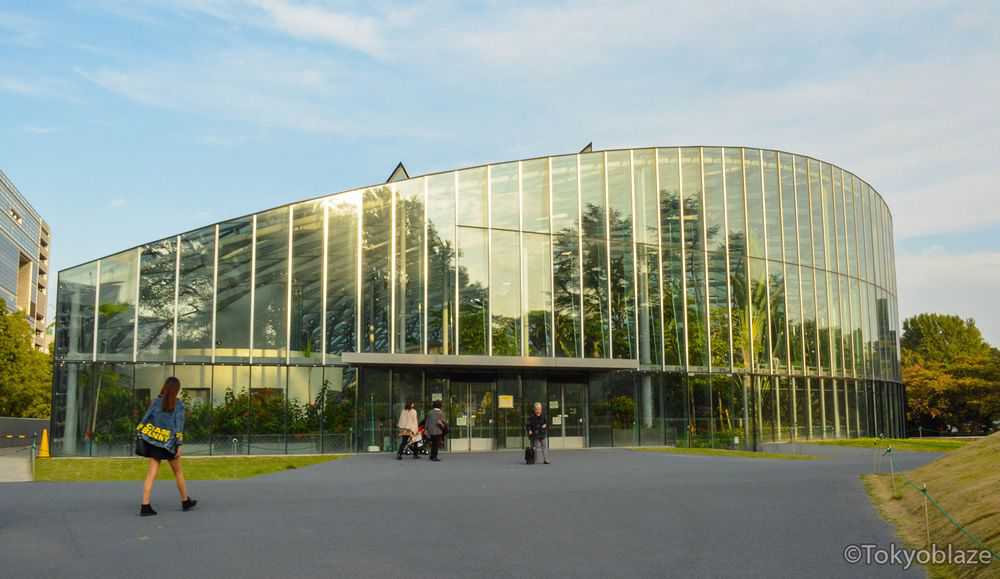 The greenhouse inside Shinjuku Gyoen 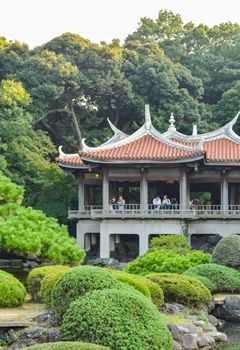 The grounds that are now Shinjuku Gyoen was given to Lord Naito in 1590, when shogun Tokugawa Ieyasu occupied the castle of Edo. In 1872, an experimental agricultural farm was opened and the area became the property of the Japanese government. Here, research was done on Western agriculture and the production of fruits, vegetables, and silk. In 1879, the grounds became the property of the Imperial Household. In 1927, the Kyu Goryo-tei Pavillion, a Chinese-style wooden villa, was given to the park by some Japanese people residing in Taiwan to commemorate the wedding of Emperor Hirohito. During WWII, much of the buildings inside the grounds except for the Rest House and the Kyu Goryo-tei Pavillion were burnt down. After the war, in 1949, the grounds were opened to the public as a park for the people, “Shinjuku Gyoen”.