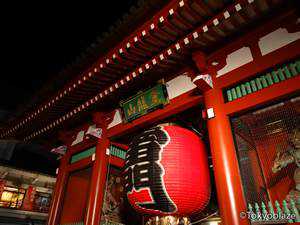 Today’s Kaminarimon(雷門) was built in 1960. The 700kg lantern was donated by Panasonic’s founder, Matsushita Konosuke. At the left and right of the lantern are the statues of Raijin, god of thunder and Fujin, god of wind. 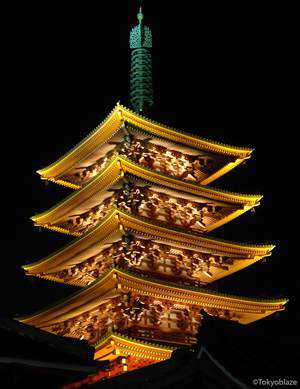 Sensoji is the oldest Buddhist temple in Tokyo, dating back to the year 628 according to legend. At the entrance of the temple grounds is a gate called Kaminarimon(雷門; literally: Thunder Gate) with its giant lantern and statues of Fujin(風神), god of wind, on the right, and Raijin(雷神), god of thunder, on the left. Kaminarimon is followed by Nakamise Dori(仲見世通り), a bustling street packed with souvenir shops and food stands. Nakamise Dori leads to another gate, Hozomon(宝蔵門; literally: treasure storage gate), a gate which stores many of Sensoji’s treasures. From this point, you will be able to see the pagoda(五重塔 literally:tower of five levels), a reconstruction of the original one built by shogun, Tokugawa Iemitsu, which supposedly houses the ashes of the Buddha.

In front of the Hondo(本堂: main hall) is a large censer with burning incenses inside. Visitors will wave the smoke to their bodies as it is said to bring good health. There is also a building which sells Omikuji(おみくじ; paper fortune). To check your luck, simply drop a 100-yen coin in the slots next to the wooden drawers and shake the shiny metal container until a stick drops out. On the stick will be a number written in Kanji. Pull a piece of paper out from the wooden drawer which matches your number on the stick. On the paper will be your luck written in Japanese. They are as follows:

末小吉(Sueshoukichi) – Not so good luck

Sensoji is known to have Omikuji that have a high percentage of 凶(Bad Luck) so don’t be too disappointed if you get a bad luck paper. Just tie it to the wire rack nearby.

Inside the Hondo(本堂: main hall), visitors will throw Saisen(賽銭: money offering) into a box and bow as a gesture of respect.

In 628, two fishermen who were also brothers netted a bodhisattva Kannon statue in the Sumida River. Realizing the importance of the statue, the village leader, Haji no Nakatomo(土師中知) made his house into a shrine and vowed to devote the rest of his life to the bodhisattva Kannon.

In 645, a Buddhist priest by the name of Shokai Shonin(勝海上人) built a hall called Kannondo upon visiting the area of Asakusa. Following a revelation he had in a dream, Shokai Shonin decided that the statue be hidden from sight. This tradition has been passed down and protected to this day.

In 1590, during Tokugawa Ieyasu’ reign in the Edo Period, the temple was designated as a worshiping place for the Tokugawa shogunate. Thus, the temple and the areas surrounding the temple greatly flourished during that period as the cultural center for Edo Tokyo. In 1685, stores that would eventually lead to the formation of Nakamise Dori were set up.

During World War II, the temple, including the Kannondo and the pagoda were bombed and destroyed. The temple was later rebuilt as a symbol of peace to the Japanese people.

Access to Sensoji is easy from Asakusa station. Keep in mind that there are two Asakusa Stations, one for Tsukuba Express and one for the Tokyo Metro, Tobu, and Toei Lines. 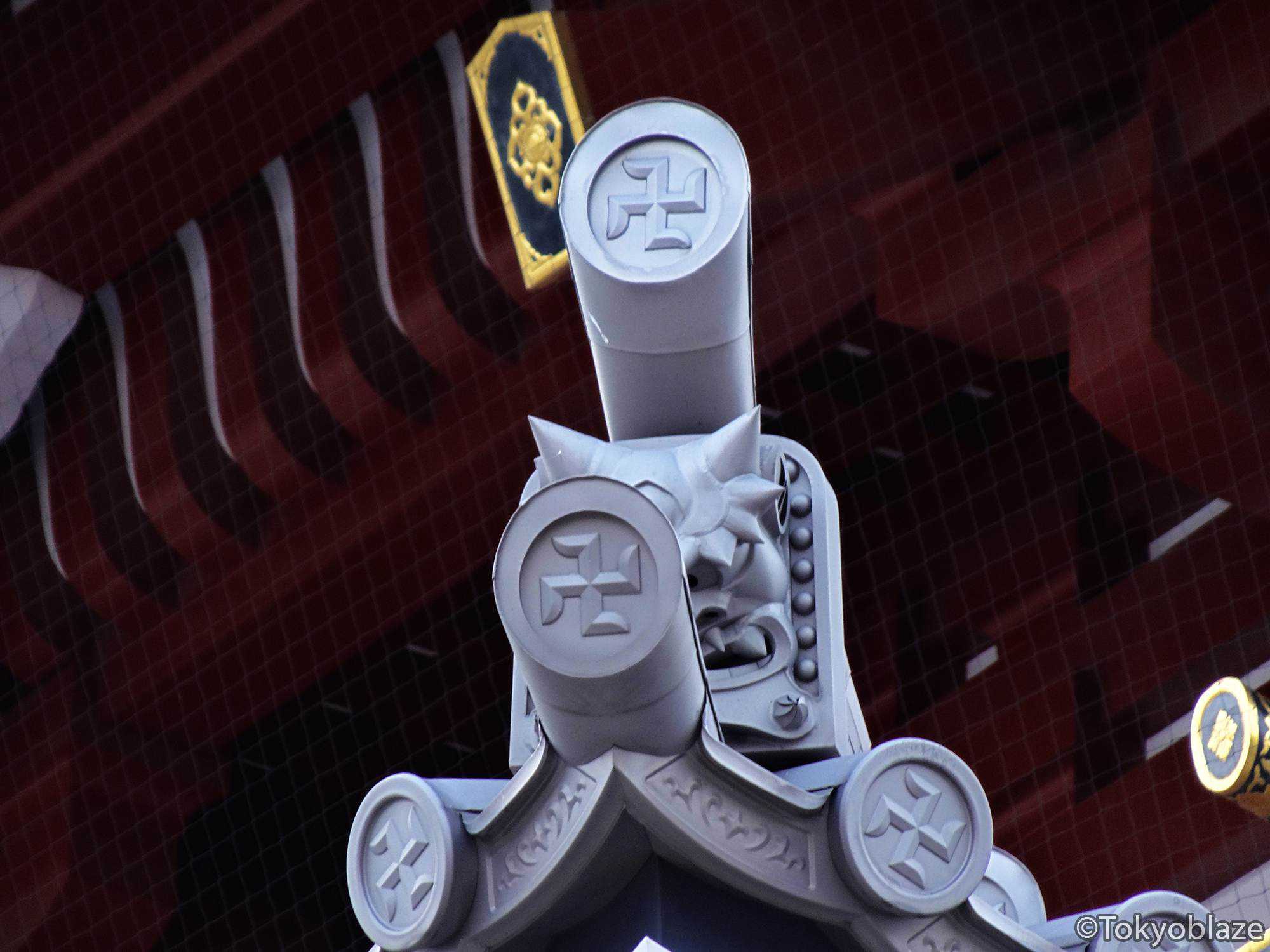