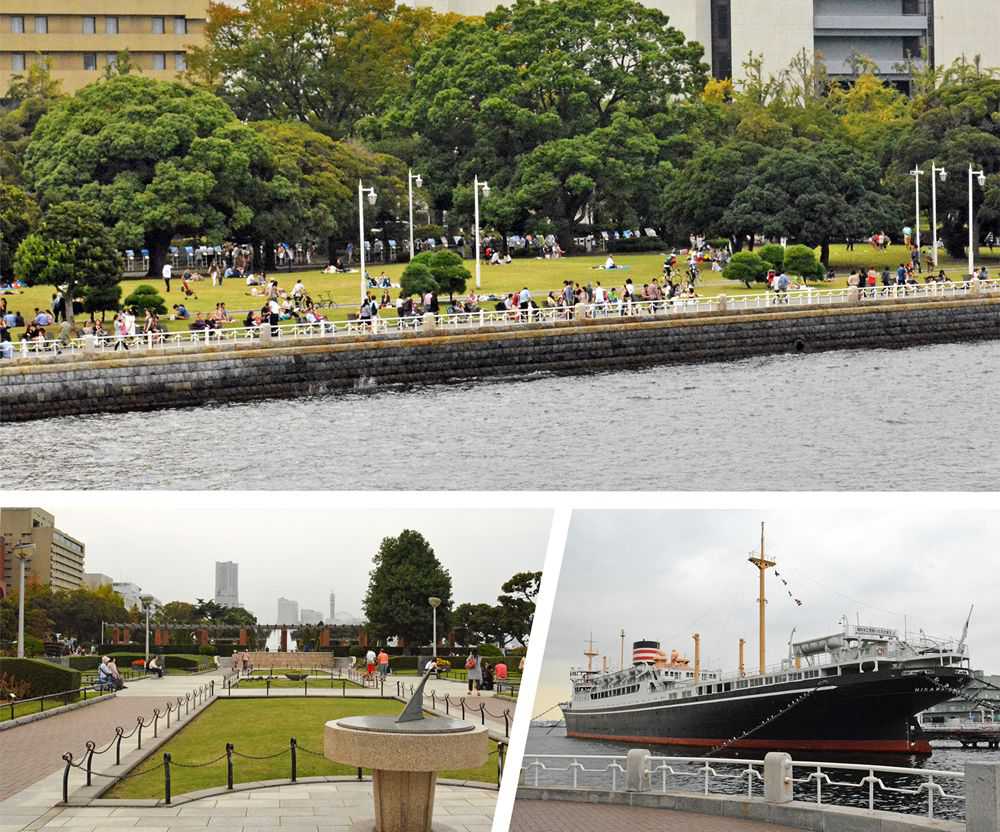 Yamashita Park or Yamashita Koen, is a park in Yokohama famous for its waterfront views of the port of Yokohama and is in close proximity with many tourist locations such as Yokohama Chinatown and the Yokohama Red Brick Warehouse. The park is also the location for a large ocean liner built in Yokohama Dock, the Hikawa Maru, now opened to the public as a museum ship.

Yamashita Park bustles with people during the weekends and on occasions where events are held in the park.

Yamashita Park was built on reclaimed land as part of a project to reconstruct Yokohama after the Great Kanto Earthquake in 1923. The park was opened on March 15, 1930 and was occupied by US forces after WWII. The return of the park grounds to Japan was completed in 1959.

The park can easily be accessed from the following stations. Both stations are on the Minatomirai Line, a line directly connecting to the Tokyu Toyoko Line, and can be easily accessed from Shibuya if coming from the Tokyo area. The Tokyu Toyoko Line also connects with the Fukutoshin Line, a line that stretches from Shibuya to Ikebukuro and beyond.