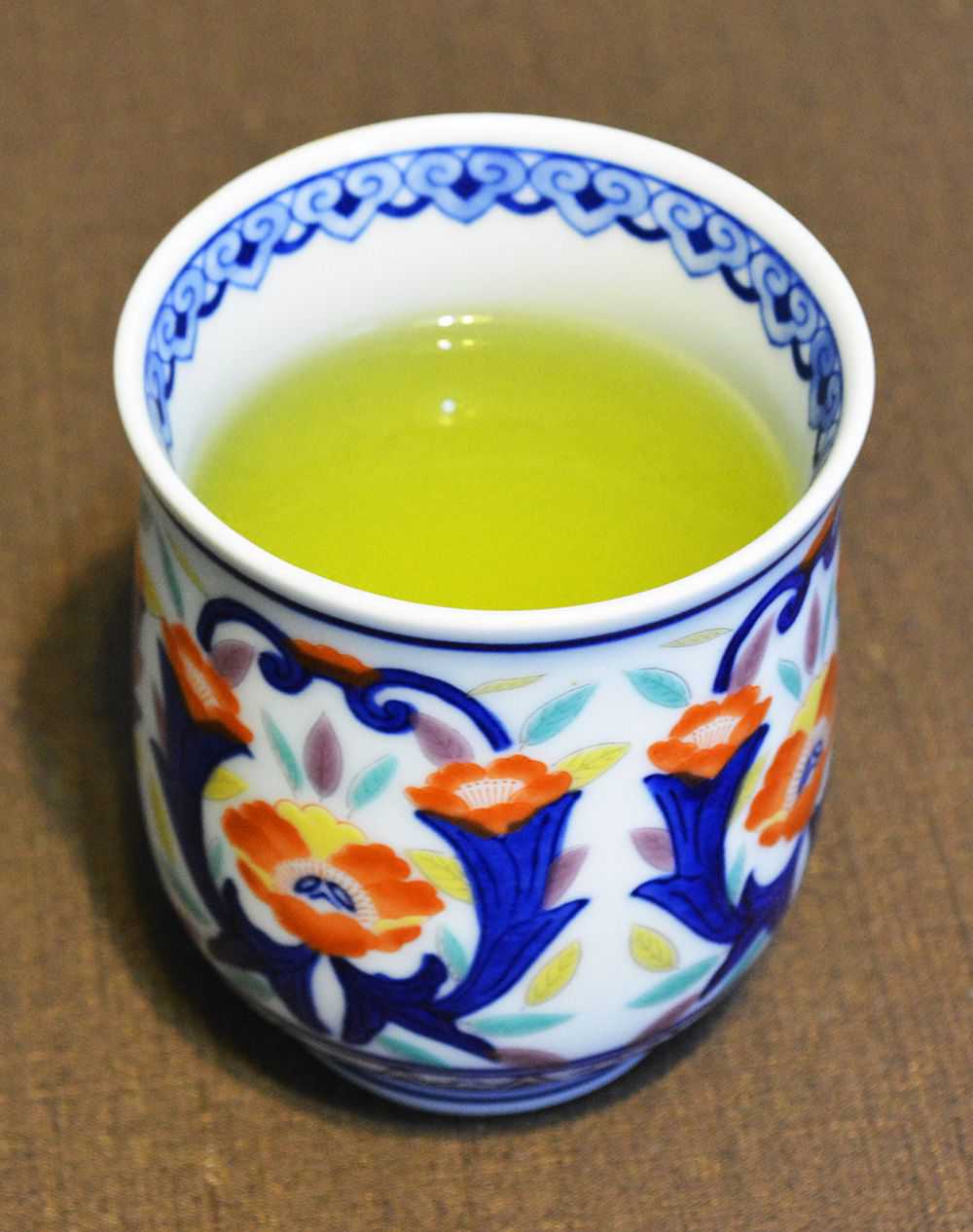 Sencha in an Aritayaki yunomi

Oi-Ocha (お～いお茶) is a bottled Japanese green tea, that is consumed much like other soft drinks.

Green tea is the most widely consumed type of tea in Japan, and is called “ryoku-cha(green tea)”, “ocha(tea)”, or “nihon-cha(Japanese tea)” (to differentiate it from Chinese green tea). In the past, green tea was often served after a meal or with sushi or a snack, but nowadays, green tea is consumed much like water or other soft drinks.

The term, “Sencha” can be used to refer to Japanese green tea(excluding matcha) in general, but it is also used to refer to green tea made from tea leaves taken during the first and second harvests. Of the many types of green tea in Japan, Sencha is the most widely consumed. Tea leaves from the first harvest called Shincha and are considered to be of high quality and the quality is said to decrease after each harvest.

Shincha or Ichibancha is Sencha made from tea leaves harvested in the first harvest of the year, usually during May and June. Shincha is characterized by its fresh aroma and sweetness.

The most high quality type of Japanese green tea is Gyokuro, a green tea that is grown in shade for a minimum of 2 weeks. By growing the tea leaves in shade, the amount of tannin produced in the tea leaves is far less, whereas the amount of amino acids produced is far greater than those produced under full sunlight. Since tannin leads to an astringent flavor, Gyokuro is less astringent and milder in taste than other green teas.

Gyokuro is generally regarded to have a distinct aroma and a sweet, delicate flavor, whereas Sencha is regarded to be more astringent and light-bodied.

Bancha is made from green tea that is harvested after summer, during or after the third and fourth harvests of the year. It is considered the lowest grade of green tea because it is harvested to clean up the tea foliage after the Sencha has been harvested. Since Bancha uses fully grown leaves, the tannin content is high whereas the caffeine content is low.

Bancha is often used to make Hojicha, a roasted version of green tea. In the Tohoku and Hokkaido regions of Japan, the term “Bancha” is used commonly to refer to Hojicha.

Hojicha, although not green, is a green tea (often Bancha) that is roasted at a high temperature. The process of making Hojicha is said to have been invented in Kyoto in the 1920s.

Hojicha is not as astringent as non-roasted green tea because the roasting breaks downs the tannins inside the tea leaves. Because of its mild taste and small caffeine content, Hojicha is often served as an after-meal drink in Japanese restaurants.

Japanese green teas usually go through a steaming process that lasts around 20 seconds to 1 minute. However, this differs in Fukamushi-cha as they undergo a longer steaming period of around 1 to 3 minutes. Fukamushi-cha generally have a darker green color and a sweeter taste, but less aroma than that of normal green tea.

Teas can also be classified by their land of production