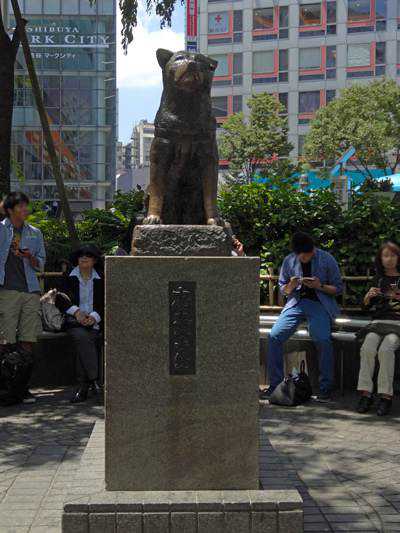 The Hachiko Statue is a famous statue of an akita dog in Shibuya. The spot surrounding Hachiko is often crowded with people waiting to rendezvous with other people.

The Hachiko Statue is based on an akita dog, Hachiko, who was adopted by a professor who lived near the area during the 1920s. Hachiko came to Shibuya station every evening to greet the professor, but one day in 1925, the professor suffered a hemorrhage and passed away. But that did not stop Hachiko as he continued to come to the station everyday until his own death nearly 10 years later.

The Hachiko Statue is accessible from the Hachiko exit in Shibuya station.