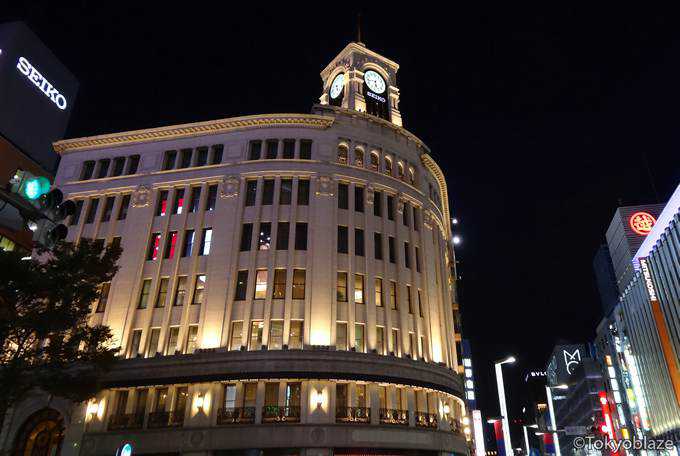 One of the most iconic buildings in Ginza, the Wako department store. The clock tower plays the Westminster chimes. 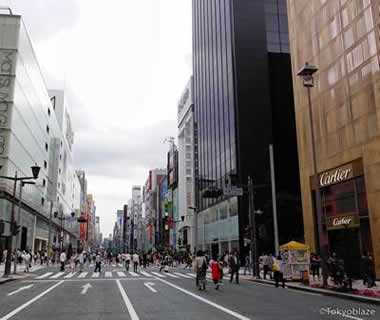 Ginza during Hokosha Tengoku(歩行者天国; Literally:Pedestrian Heaven). On the right is Cartier and Chanel; on the left is the department store, Matuysa Ginza.

You can walk a large part of Chuo-dori(中央通り), Ginza’s main street without car traffic during Hokosha Tengoku(歩行者天国) which literally means “pedestrian heaven” in the following time periods:

There are plenty of things to see and enjoy in Ginza. Below are some famous stores you can find here.

・Ginza Mitsukoshi – This department store was opened in 1930 and was the place where McDonald’s opened their first store in Japan. 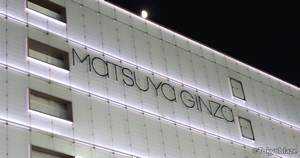 ・Printemps Ginza(Printemps pronounced as “plantan” in Japanese) – This department store is popular among women. It was originally a joint-venture between the Printemps department store in France and a Japanese grocery store chain. Now, it is owned mainly by Yomiuri and Mitsukoshi.

・Sony Building – A showplace for the latest Sony products.

・UNIQLO – This Japanese apparel company has hundreds of stores inside and outside Japan, but the UNIQLO store in Ginza is their global flagship store with 12 levels of the most up-to-date clothing the company has to offer. The staff here can service people in up to six languages, Japanese, English, Chinese, Korean, Spanish, and French.

・Itoya – With a history dating back to 1904, this chain store specializes in stationery goods and art supplies. The Itoya located in Ginza is its main store.

・H&M – This Swedish apparel store is popular among local girls. 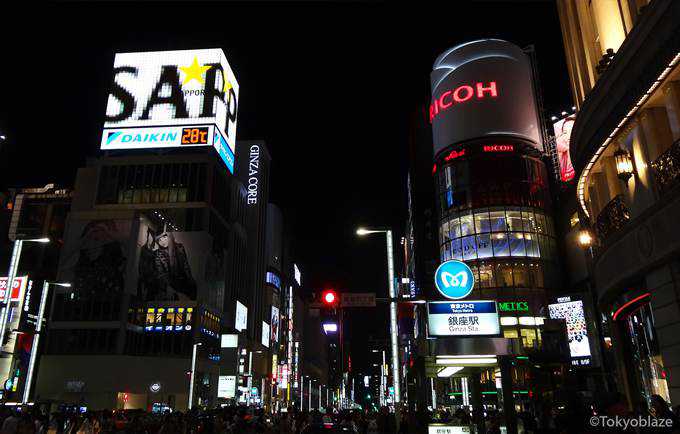